We would like to offer our sincere support to anyone coping with grief. Enter your email below for our complimentary daily grief messages. Messages run for up to one year and you can stop at any time. Your email will not be used for any other purpose.

Read more about the life story of Stephen and share your memory.

Stephen Middlebrook, 76, a lifelong educator and school leader, husband, father, brother, uncle, and grandfather, passed away on Monday, November 21st, 2022. He is survived by his beloved wife, Susan, of Newton, children Jessica of Watertown and Gareth of Berlin, Germany, son-in-law David Weintraub, brothers Mike Timmins of Mabel MN, Mark Middlebrook of Jacksonville, FL, granddaughters Audrey Middlebrook and Edith Weintraub, and many dear relatives and friends around the world.

Steve was born December 23, 1945 in Buffalo, New York and grew up in East Aurora, NY. He was diagnosed with Diabetes at age 13, and was told he would be lucky to live to the age of 40. He took this as a challenge and never took a day for granted. As a young man, Steve was a talented swimmer and diver, as well as an accomplished musician, playing the double bass, piano, and singing in choirs. His passion for music continued throughout his life. Steve attended the University of Virginia as an English major and lettered twice as a diver with the UVA swim team. Shortly after graduating UVA in 1967, Steve began a long and varied teaching career that would take him all over the world.

Steve spent his first year teaching at Terryville High School in Terryville, Connecticut and then moved to the Tuxedo Park School in Tuxedo Park, NY.  In 1972, Steve moved to Turin, Italy to teach at the International School of Turin. After Turin, Steve moved to the International School of Düsseldorf, Germany, where he met his future wife, Susan. They came back to the US and married in 1976, living in Philadelphia and teaching at Oak Lane Day School and then working for Scholastic in New York City before embarking on a teaching adventure at the American Community School in Athens, Greece, where they welcomed their daughter Jessica in 1981.

In 1982, Steve, Sue, and Jessica moved to Dubai, UAE, which at the time was a small desert outpost on the shores of the Persian Gulf. There, they taught at the Jumeirah American School (now American School of Dubai), lived on the beach, and spent 9 years building friendships, getting sandy, and welcoming their son, Gareth, in 1985. They remained in Dubai through the first Gulf War, which brought opportunities to visit battleships, air force bases, and watch oil fires burning on the horizon. After the war, wanting to put down some roots, Steve, Sue, Jessica and Gareth moved to Wilmette, Illinois, where Steve became director of the Baker Demonstration School in Evanston.

After three years in Wilmette, the travel bug struck Steve and Sue once more and he accepted a position to be the headmaster of the Osaka International School in Osaka, Japan, much to the chagrin of his newly Americanized children. The Middlebrooks spent 6 years in Osaka, endured the Hanshin Earthquake of 1995 and its aftermath, saw Jessica graduate from high school, soaked in Japanese history and culture, traveled, and rang in the millennium before moving once more to Berlin, Germany.

In Berlin, Steve was the Headmaster of the Berlin-Brandenburg International School, where he oversaw the design and conversion of a former barracks building into a new school campus in Kleinmachnow. Steve and Sue relished being back in the country where they met and enjoyed being a short flight away from Sue’s family in England. Gareth graduated high school and moved to Boston, where Jessica was also living. After a few more years abroad, Steve and Sue once again returned to the US, settling in Waltham, Mass, to be near their kids. Steve became the director of the Atrium School in Watertown, where he once again oversaw the development of a new school building. After being in Waltham for a few years, Steve and Sue were offered the chance to design an international school in Jeddah, Saudi Arabia. Once again, they were on the move, and worked with a team to design a state of the art institution as part of the King Abdullah University of Science and Technology. After Jeddah, Steve made one more move to Bonn, Germany, to head the International School of Bonn before retiring back to Waltham, just in time to become a grandfather.

In retirement, Steve enjoyed many joyful years building community and performing classical music with his neighbors in Piety Corner, Waltham. He became very involved in local progressive politics and was a staple at meetings, canvasses, and conventions. He loved attending performances at Boston Symphony Hall, teaching adult music courses about Bach (one course aptly titled “What the Fugue?”) and despite health complications, he traveled to Germany and England to visit friends and family. He even organized a grand reunion of Dubai folks in Falmouth, MA, bringing many old friends back to reminisce about the many chapters of their lives. Steve was especially proud to become a member of the Joslin Diabetes Center Medalist Program, which celebrated his thriving with Diabetes for over 60 years.

Throughout his adventures, Steve was known as a brilliant, passionate, innovative educator, a visionary school leader and inspiring mentor. He was a gifted writer with a light touch and a rare sense of humor. Everyone he met was drawn in by his humor and warmth. He was exceptionally kind, witty, and had an infectious love of the “good stuff:” epic meals, long talks, building community, a good beer, and good music. But nothing gave him more joy than his family.  His love of his wife and his pride in his children were evident in everything he did.  In his last years, his favorite thing was playing attentively with his two granddaughters, Audrey and Edie, who loved their Boppa more than words. Everyone who met him did. He touched the souls of all that knew and loved him and was an inspiration to all.

Steve will be interred by Willow Pond at Mount Auburn Cemetery in Cambridge. Services will be held privately, with plans for a Celebration of Life to come in Spring 2023. In lieu of flowers, donations can be made to the Juvenile Diabetes Research Foundation.

To send flowers to the family or plant a tree in memory of Stephen Middlebrook, please visit our floral store. 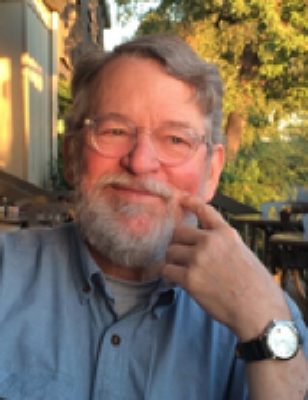 In Loving Memory Of

Look inside to read what others have shared


Family and friends are coming together online to create a special keepsake. Every memory left on the online obituary will be automatically included in the book.

You can still show your support by sending flowers directly to the family, or by planting a memorial tree in the memory of Stephen Middlebrook
SHARE OBITUARY
© 2022 Nardone Funeral Home. All Rights Reserved. Funeral Home website by CFS & TA | Terms of Use | Privacy Policy | Accessibility